CLAYTON — After a dismal 1-22 season last year Northmont won its first two games of this season, a 53-47 victory Friday at home over Bellbrook and a 58-52 victory Saturday at Tecumseh.

The Thunderbolts won last season’s opening game 49-37 over Springboro before losing22 straight, including a close 59-55 loss to Wayne in the sectional tournament.

“That’s been a talk we’ve had for the last three months. ‘Remember guys, you are 1-22. Nobody respects you. Nobody thinks that you are any good. You’ve got to go out and earn it every day.’ Our goal is tomorrow night to double last year’s win total at Tecumseh.”

“Ivory played the way a three-year starter is supposed to play in game one,” Kincer noted. “Between him and Smith, they both started for three years and have lots of experience and they are going to be problems for opponents this year.”

Junior forward Gabe Pavlak paced the Golden Eagles with16 points, 11 of which he scored in the first quarter.

“Pavlak’s physicality was more than we had necessarily anticipated him having,” Kincer said. “We did a few things differently in the second half by trying to deny him a little harder and not let him reverse the basketball and not catch it with space, because he could get downhill on us really quickly. Overall, I thought the kids did a good job in the second half responding and played the way we wanted to play.”

Pavlak left the game with an injury in the fourth quarter.

Bellbrook took an early 3-0 lead on a three-point shot by Alex Westbrock. Smith answered with a trey for Northmont and then Ivory came up with a steal for a score and followed that with a three-pointer to put Northmont up 8-3.

Bellbrook rallied to take a 19-14 lead entering the second quarter.

Ivory scored seven points in both quarters in the first half with the Thunderbolts clinging to a 28-26 break at intermission.

When asked if any of his other players stepped up to exceed his expectations, Kincer felt everyone filled their roles as anticipated.

“We’ve been around these guys for about three months now and the kids that are producing are the kids we thought would produce,” Kincer said. “I think some of the young kids are stepping into different roles for the first time, getting their feet wet and some of them are going to become a lot better players for us, and that was anticipated.” 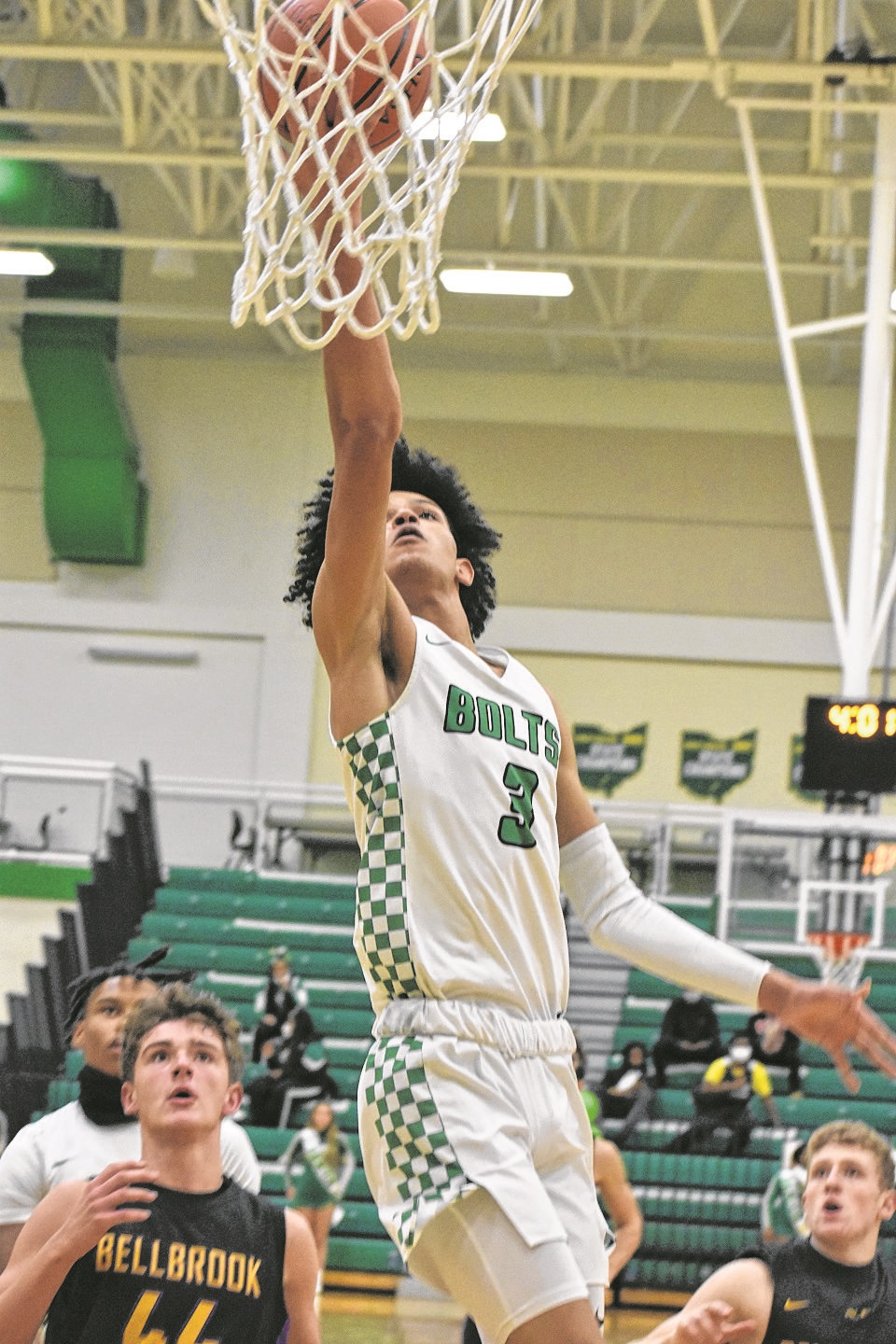 Patrick Ivory scores inside during the first quarter. 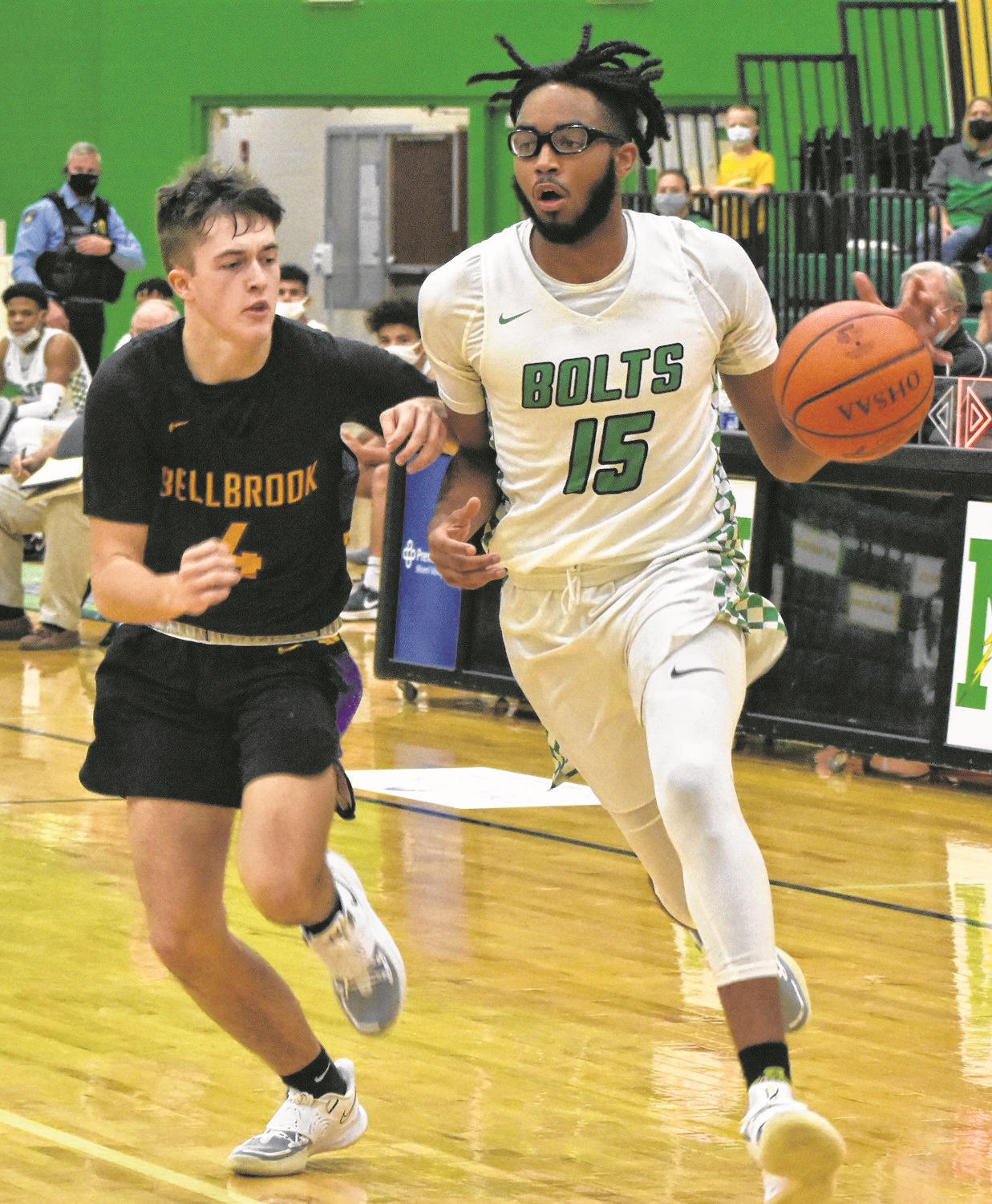 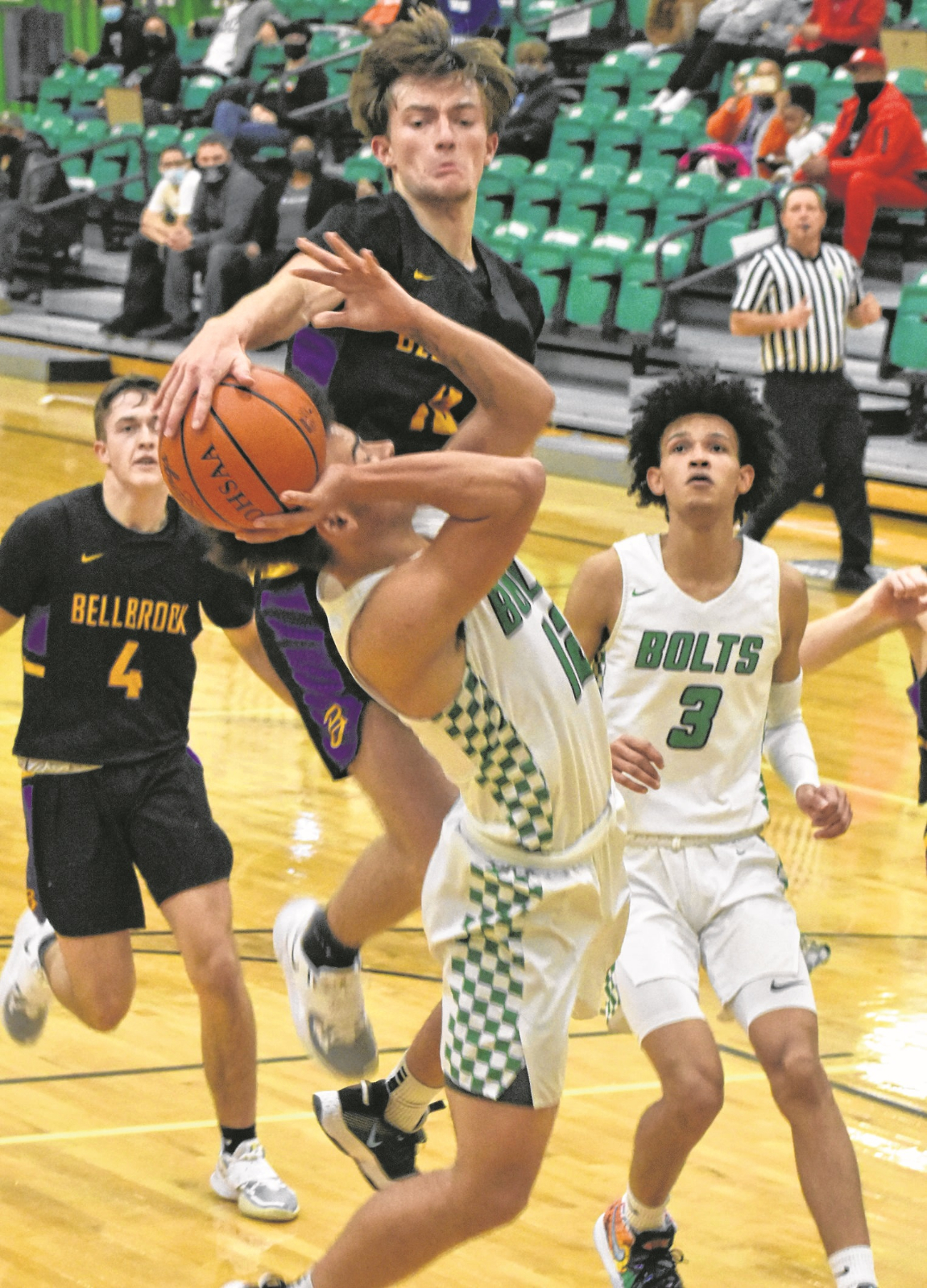 Jalen Coffey gets fouled in the paint by Bellbrook guard Alex Westbrock. 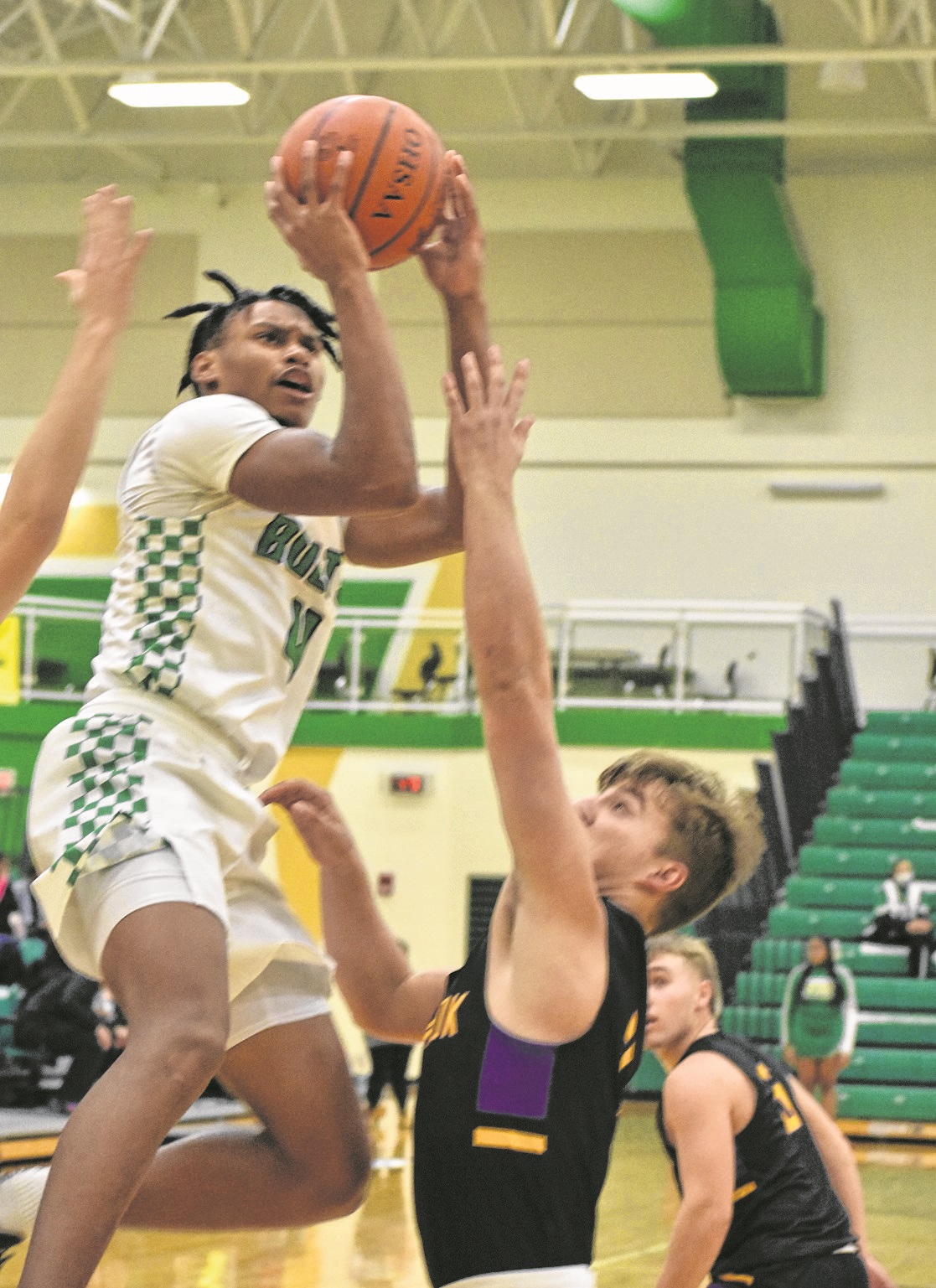 Todd Gregory puts up a first quarter shot against Bellbrook.