AUSTINTOWN, Ohio – Otterbein University’s Jenna Hoschouer (Dayton/Northmont) has been voted Ohio Athletic Conference Women’s Basketball “Player of the Week” after helping her team to a pair of victories across the weekend.

A 5-8 combo guard, Hoschouer impacted the game in multiple ways as the Cardinals swept Wilmington College by scores of 88-67 and 84-78. As a result, Otterbein now stands with a 7-3 record on the season.

Hochouer finished with 20 points, a career-high 10 rebounds and five steals during Friday’s opener in the Rike Center. She shot 9 of 14 from the field during her 28 minutes of action.
In the rematch down at Wilmington, Hoschouer helped pace the show with another all-around effort of 12 points, a career-best seven assists, five rebounds, one block and one steal. Otterbein erupted for 30 points in the final quarter to emerge victorious.

Hoschouer averaged an impressive 16-9-6 on the weekend as a whole. This marks her first league-wide honor and the first OAC Player of the Week award for Otterbein women’s basketball since Ali Cartnal received the accolade back in January of 2019.

The Cardinals now stand in a second-place tie with Baldwin Wallace in the OAC standings, and will take on nationally-ranked John Carroll this coming weekend. 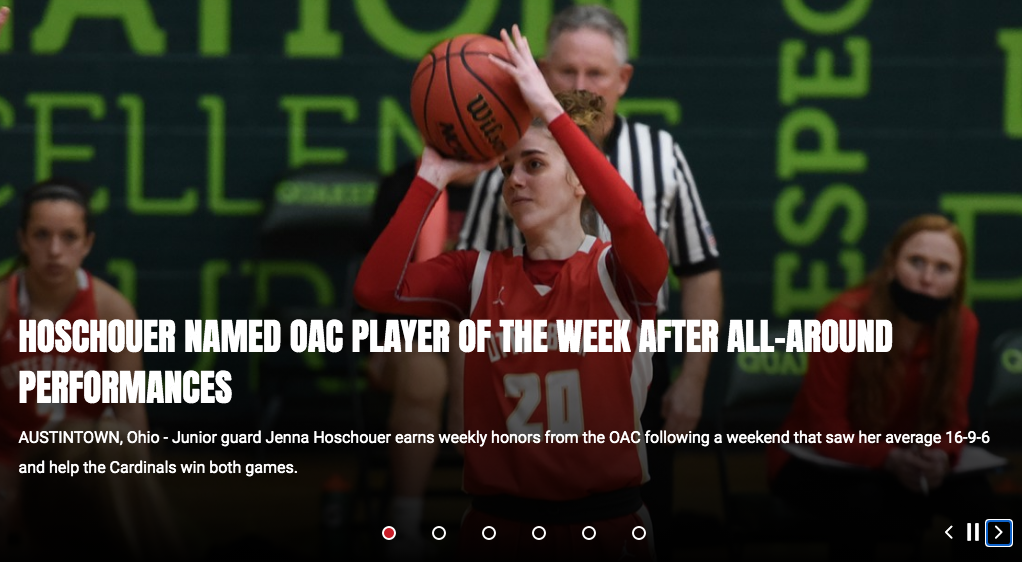