CENTERVILLE – A strong first half helped Northmont power past Tecumseh 58-40 Saturday in the opening round of sectional tournament play at Centerville High School.

The Thunderbolts advance to face Wayne on Wednesday at 8 p.m. at Butler High School. The Warriors defeated Piqua 85-46 in the contest immediately following Northmont’s victory.

Jordan Smith scored 10 points in the first quarter and 14 by halftime. Northmont shot 57 percent in the first half and committed just six turnovers to hold leads of 15-3 after the first period and 31-17 at halftime.

Smith finished with 21 points while Chermak Green tossed in 11 to pace the Thunderbolts’ attack.

“We talked all week about limiting Collin O’Connor’s shot attempts we felt like we could get out in transition and get opportunities to get baskets at the rim. It’s real easy to shoot 57 percent when you shoot inside the paint,” said Northmont coach Shane Kincer. “We only shot four three-pointers the entire first half.”

O’Connor was the third leading scorer in the Central Buckeye Conference with 18.5 points per game. The Thunderbolts limited O’Connor to just eight points.

“I thought we executed our game plan pretty well,” Kincer added. “The goal was to limit O’Connor’s touches and we held him to eight. The kids are excited because for the first time in five years we are headed to round two of the playoffs. We are excited to have that opportunity to play Wayne on Wednesday night.”

Tecumseh pulled to within 10 late in the third quarter on a basket by Brendan Toops, but Northmont scored the last five points of the quarter to lead 44-29 entering the final quarter and the Arrows never recovered.

With the loss Tecumseh ends its season at 11-11 overall. Northmont improves to 6-14 and will have to work hard to defeat Wayne, which improved to 15-4 with its tournament win over Piqua.

During the regular season the Warriors scored an 11 point home win over the Thunderbolts, 65-54. 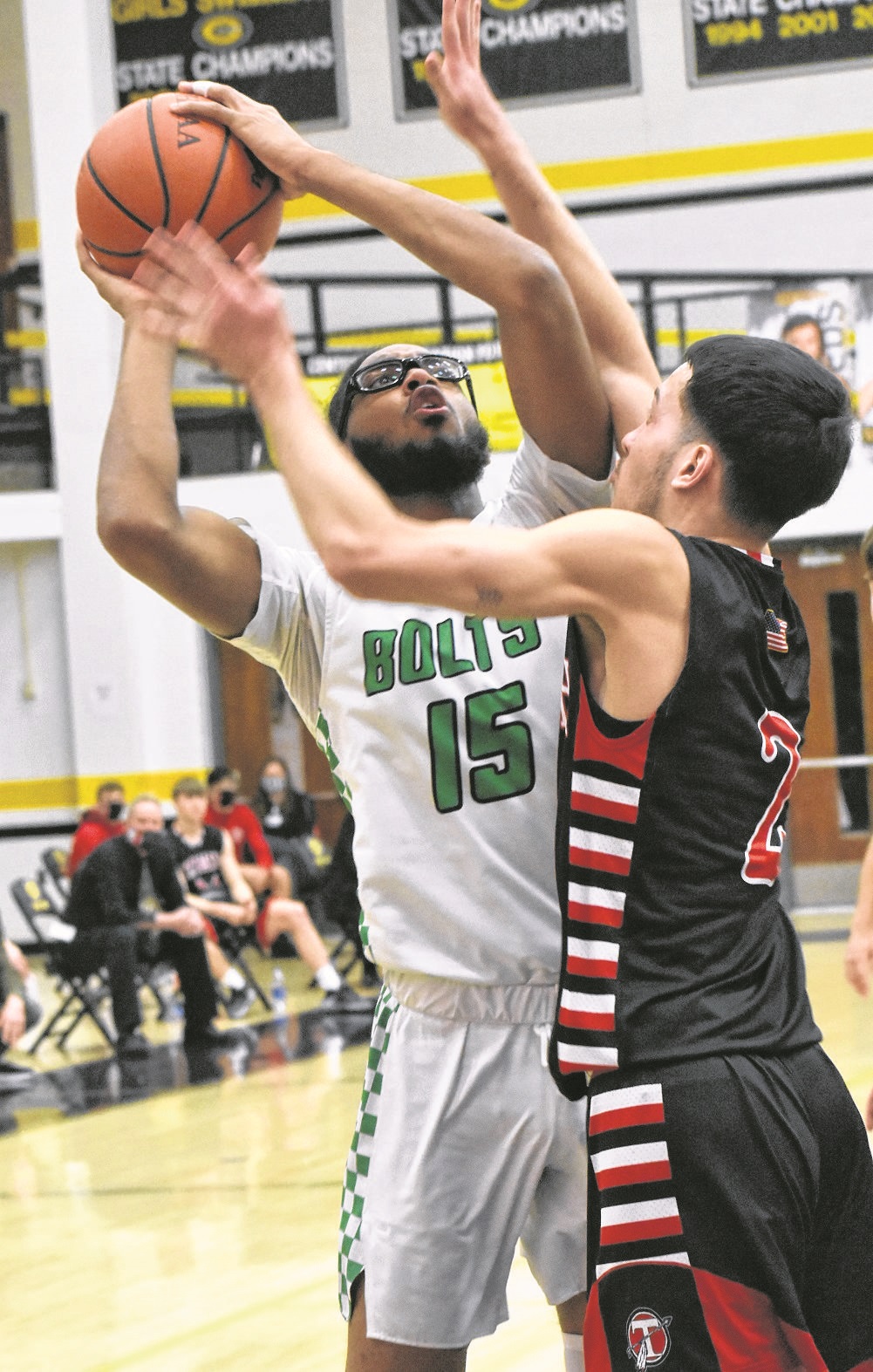 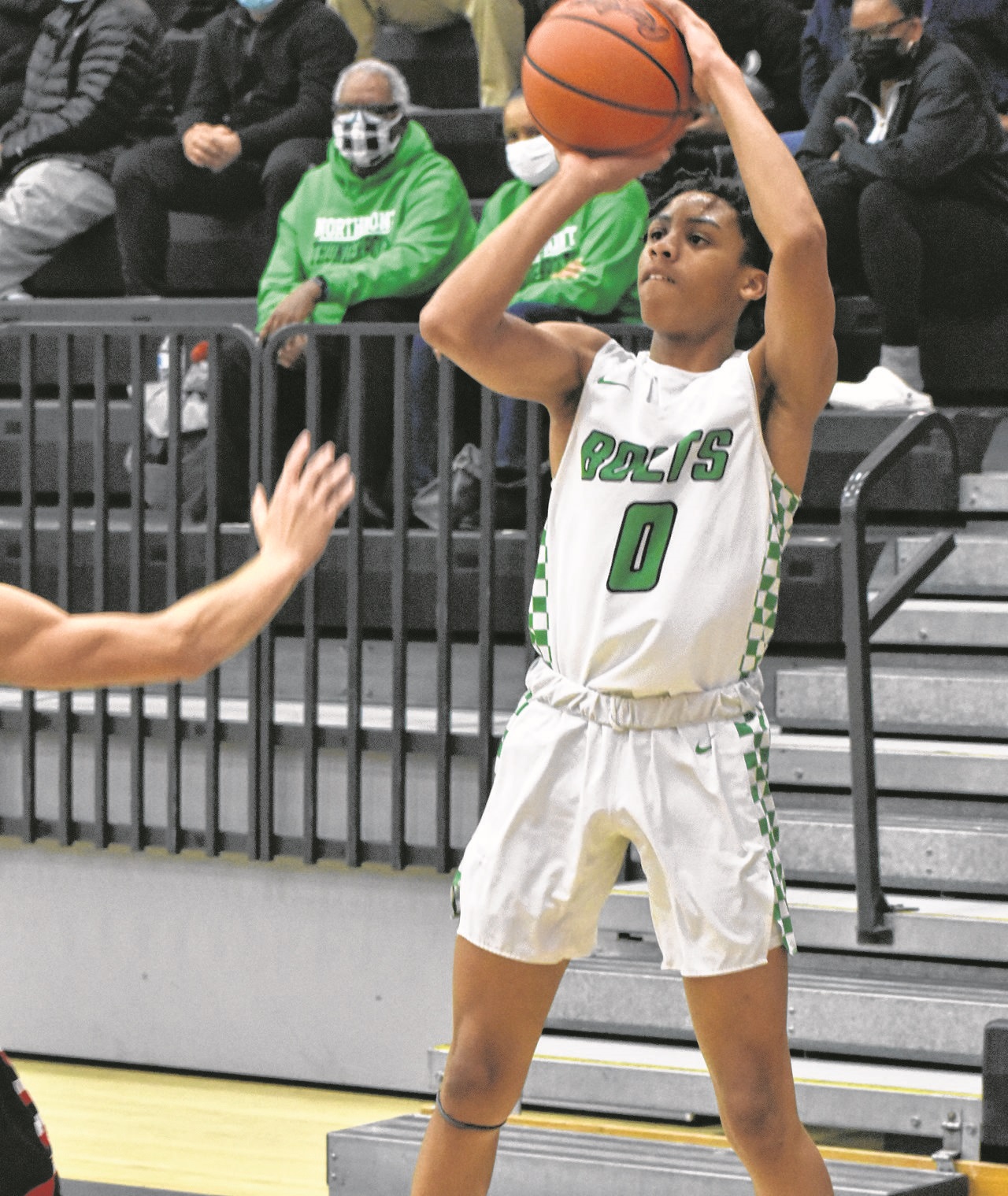 Brandon Pooler scores from three-point range during the third quarter. 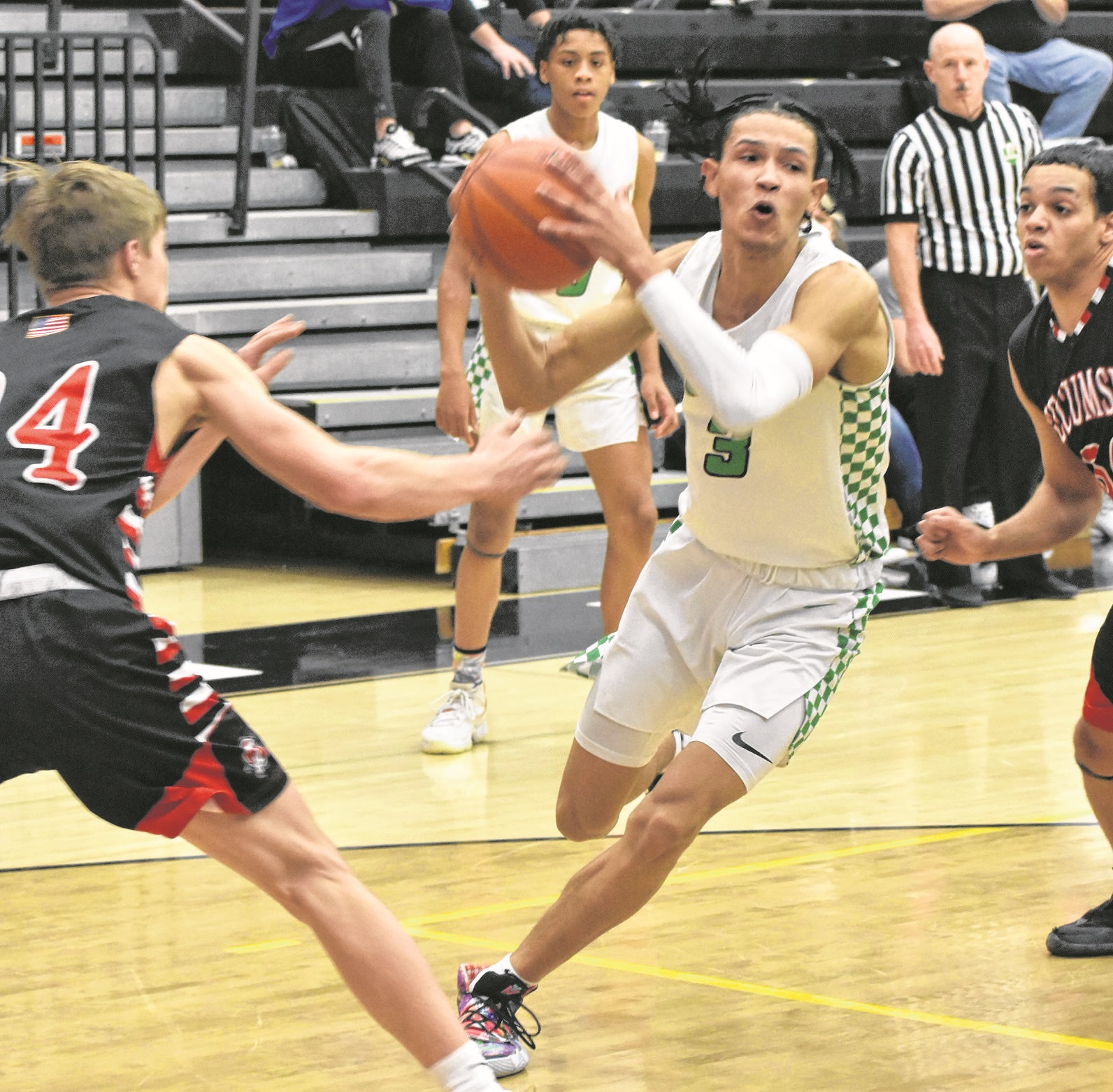