CLAYTON – With an 11-1 run-rule victory Saturday at home vs. Fairborn the Northmont varsity softball team returned to action for the first time since May 2019.

The Covid-19 pandemic resulted in all spring sports being cancelled last year, and the Lady Bolts took to the field ready to make their mark in their 2021 season opener.

“Carmynn is looking strong,” said Northmont coach Kris Mangen. “She is doing well. She didn’t have her best hitting day, but she hit three home runs in three scrimmages. Carmynn is an all-around athlete for us, that’s for sure.”

At the plate Bonner got two hits in three at-bats and drove-in one run.

Fairborn scored its lone run in the top of the third. The Lady Bolts tacked on an additional run in the fourth and sealed the victory with two more in the fifth.

Freshman Zoey Hodge went one-for-two with a double and three RBI. Senior Allison Doss and junior Kileigh Weaver each drew a walk and both had one RBI.

“I was telling the girls, the last time we put on a uniform and played on dirt was May 11, 2019 so today is a great day to have girls on the dirt, on our field in uniform. This is a good day to start the 2021 season,” Mangen added. 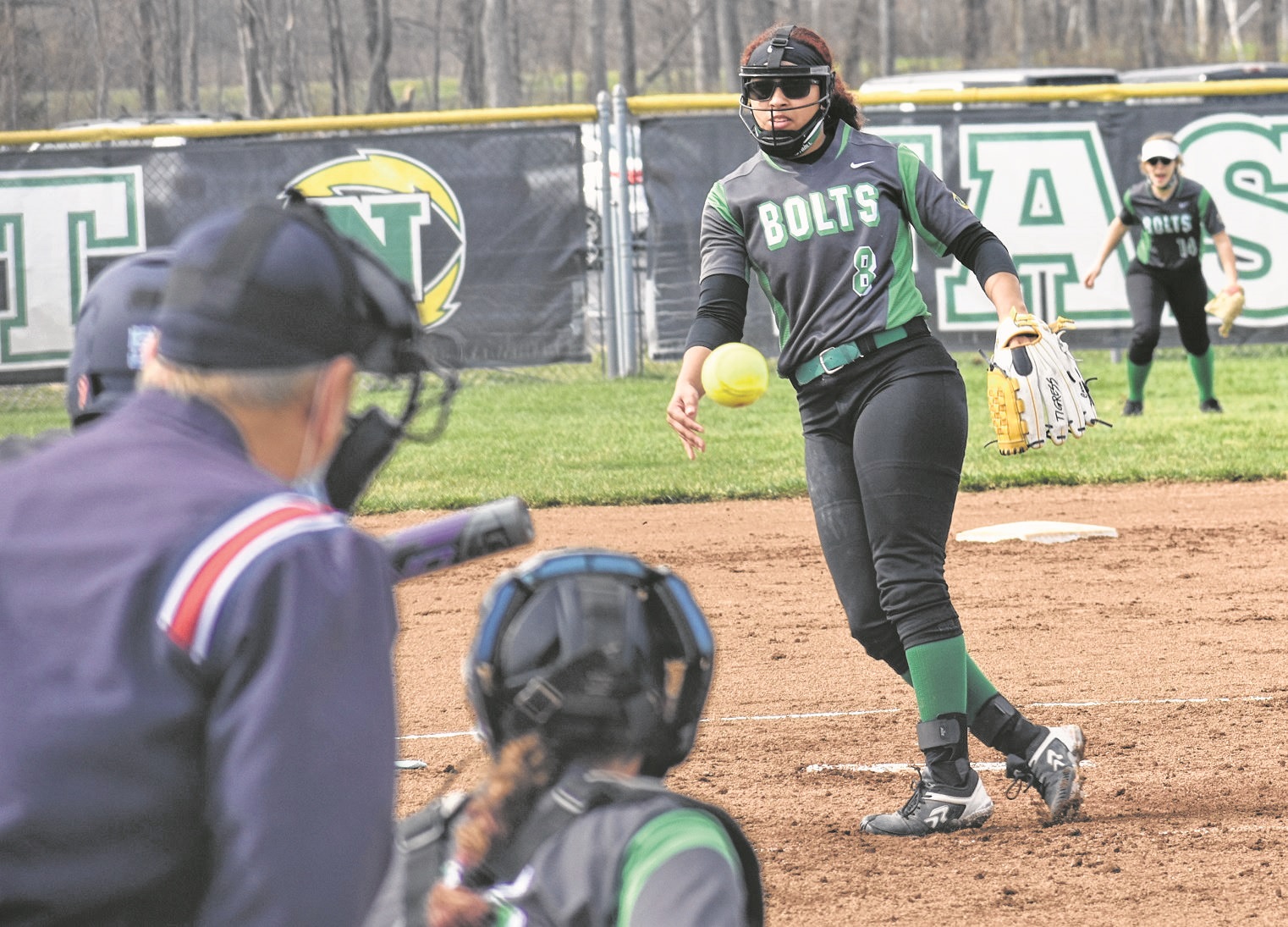 Carmynn Bonner delivers a pitch to the plate against Fairborn. Bonner notched 11 strikeouts during the Lady Bolts 11-1 run-rule victory. 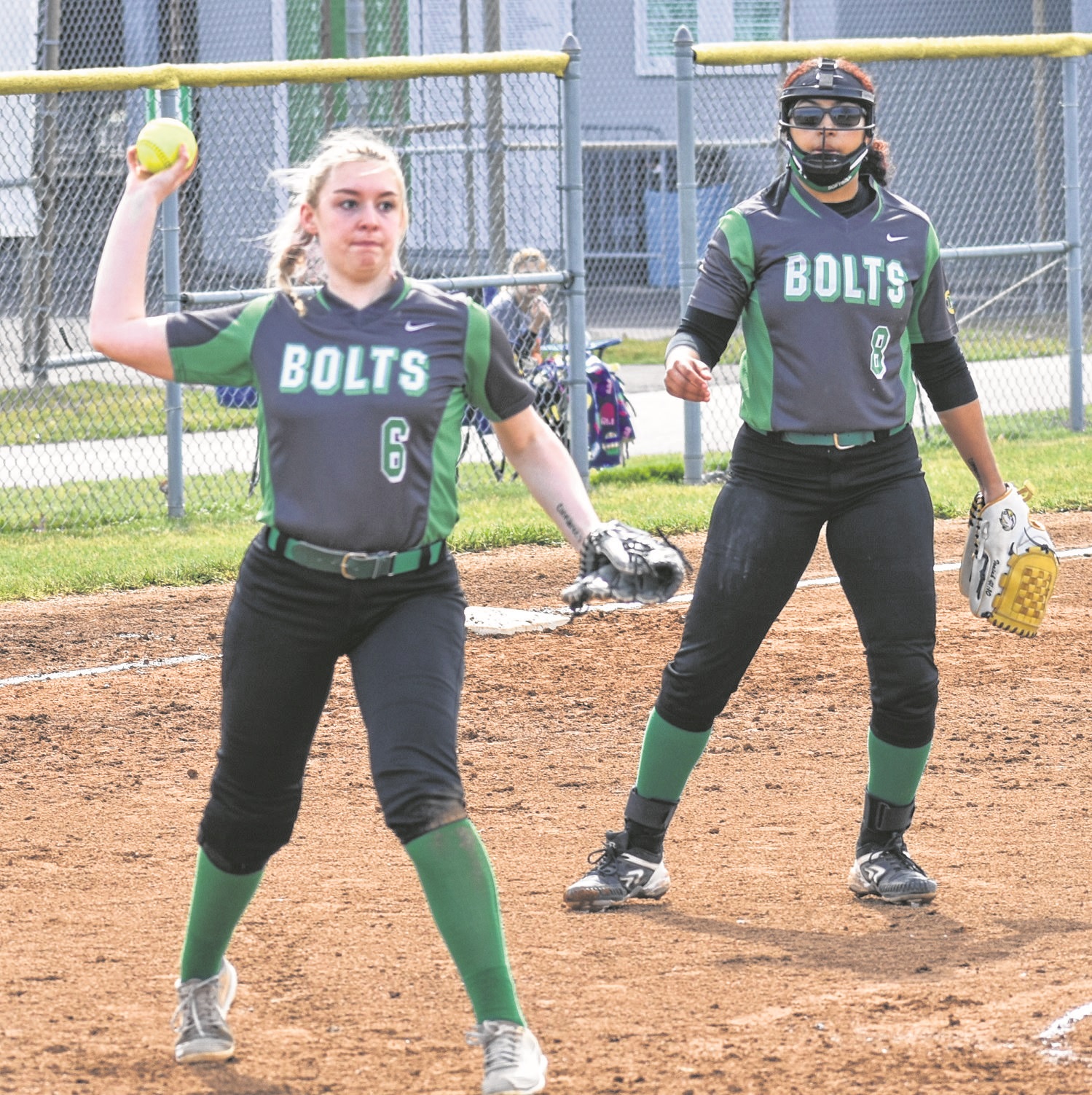 Third baseman Alissa Doss prepares to throw a Fairborn hitter out at first on a bunt. 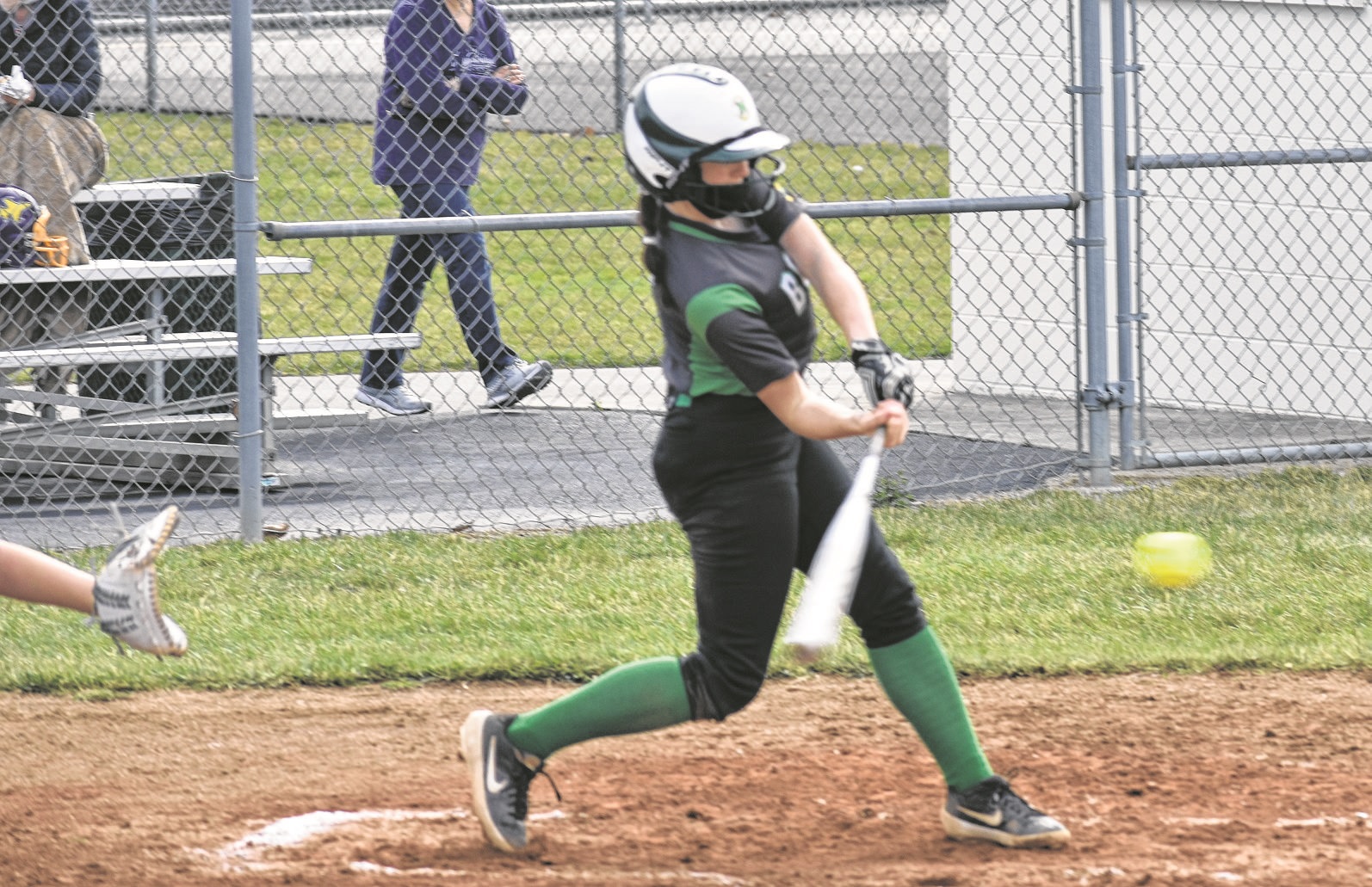