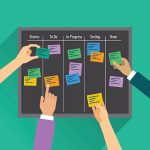 Parker’s 35 powers Firebirds past T’bolts  By Ron Nunnari Rnunnari@aimmediamidwest.com CLAYTON – Malachi Parker erupted for 35 points Friday and Dasan Doucet tossed in 21 to help power Fairmont past Northmont, 73-64. “They are both really good players,” said Northmont coach Shane Kincer. “I’m not going to take anything away from them. Parker went 10

Wildcats score 16 point win at Northmont  By Ron Nunnari Rnunnari@aimmediamidwest.com CLAYTON – Springfield posted its second straight victory Friday 74-58 over Northmont after sneaking past Miamisburg 69-66 on Tuesday. The Thunderbolts suffered their fourth straight loss losing 41-36 on Tuesday. Northmont trailed 12-2 Friday but closed to within one point, 18-17 early in the

Elks stampede past T’bolts, 106-43  By Ron Nunnari Rnunnari@aimmediamidwest.com CENTERVILLE — In the first game back after emerging from a mandatory Covid-19 quarantine, the Northmont boys basketball ran headlong into a buzz saw Tuesday night as Centerville jumped out to a 9-0 lead and never looked back. The Elks knocked down 12 three-point field goals and sank 16 of 21 free throws en route to a lopsided 106-43 rout of the Thunderbolts. Centerville was reeling after blowing a double-digit lead the night before at Miamisburg only to lose on a last second shot, 52-51. The Elks were determined to play a more focused game and the Thunderbolts were their unfortunate steppingstone in achieving that goal. The Elks missed only one shot at the free throw line in the first half, nailing 10 of 11 shots. Junior guard Tom House shot the lights out of the gym with 19 first half points with four three-point goals in the second quarter. He tallied another trey in the third period to finish the night as the team’s leading scorer with 22 points. Sophomore guard Gabe Cupps and junior Rich Rolf scored11 points each and junior guard Quinn Hafner tossed in 10 to pace the Centerville attack which saw all 13 players in the lineup score. The Elks led 25-10 after one quarter and 56-20 by halftime and the game was effectively over. Senior forward Jordan Smith paced Northmont with 15 points and junior forward Brian Amin had 13. The first quarter set the tone for the rest of the game. While trying to attack the basket Northmont repeatedly got trapped in the corner and either turned the ball over or had it stripped away by an Elks defender. The majority of the time Centerville converted those opportunities into points to pull away early. It was a game the Thunderbolts would like to forget. The team only got a pair of practices under their belt after emerging from quarantine and it showed. “It was a combination of us not touching a basketball in 14 days and Centerville out-competing us for 32 minutes of the game,” said Northmont coach Shane Kincer. “We practiced twice in the last 16 days. We didn’t have a lot of legs and that’s the results you get. They hit shots and if I had to guess, we probably turned the ball over 40 times and on most of those turnovers they got open shots on the other end that turned into easy buckets. They are a really good basketball team and they were hungry because they lost to Miamisburg last night and they got a wakeup call, so that’s what you get.” NMT 1010 1508 –43 CEN 2521 2327 –106 Northmont: Tyrin Sturdivant 1-0-2, PatrickIvory 1-2-4, BrianAmin 3-3-13, JordanSmith 7-1-15, StephenKellum 1-0-2, LandonMcClaskey 1-0-2, ChermakGreen 1-0-3, DalinWilkins 1-0-2. Totals:18-6-43. Centerville: Gabe Cupps 5-0-11, Quinn Hafner 4-0-10, EmmanuelDeng 2-2-6, Max Knauer 3-0-8, Ryan Keifer 6-0-12, Tom House 7-3-22, Rich Rolf 3-4-11, Reese Clark 2-0-4, Andy Velasco 2-0-5, Kyle Kenney 0-2-2, Tre Johnson 2-2-6, Jayson Hayes 2-3-7, Irmuun Mandakh 1-0-2. Totals:39-16-106. Three-point goals:Northmont 1 (Green);Centerville 12 (House5, Hafner 2, Knauer 2, Cupps, Rolf, Velasco). Records: Northmont 3-3 (1-2), Centerville4-2 (3-1). JV score:Northmont 49 Centerville47.   Photos Ron Nunnari| Brookville Star Jordan Smith scores on a jump shot near the top of the key at Centerville.  Stephen Kellum scores inside the paint.   Ron Nunnari Editor Brookville Star 14 Mulberry St. Brookville, OH 45309 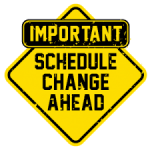